Historically, taxpayers had to submit a private letter ruling request for a waiver if they missed the 60-day rollover deadline for IRAs or retirement plans, but today taxpayers can take the easier route of self-certification that they qualify for a hardship waiver.

The IRS may waive the 60-day rule for an individual if the individual could not meet the deadline due to “casualty, disaster, or other events beyond the reasonable control of the individual.” Waivers can be obtained by:

An alternative is self-certification that the taxpayer is eligible for a waiver. A taxpayer is not guaranteed a waiver with self-certification, and the IRS can still impose tax and understatement penalties in examination. But everyone can treat the transaction as a rollover for now and get on with their business.

Although getting a private letter ruling is the gold standard for IRS waivers, they do have their drawbacks. These include:

The IRS publishes redacted versions of its private letter rulings. That might be an additional reason to avoid that route.

Estates, however, continue to seek private letter rulings because they have the time, the stakes are high, and they want the closure a definitive answer will bring.

The IRS waives a failure to comply with the 60-day rule if: 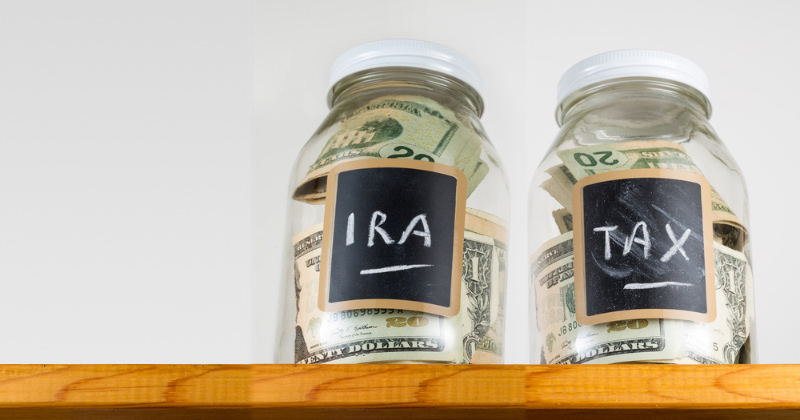 The good thing about an automatic waiver is that the taxpayer does not have to bother with getting a private letter ruling. It also gives a financial institution permission to admit a mistake and take the owner’s money as intended.

There is also the risk the IRS can look at this in examination and decide the taxpayer does not qualify for the waiver. A statement from the financial institution that it is to blame would be helpful to keep in the taxpayer’s files.

When a Taxpayer can Self-Certify Waiver Eligibility

In 2016, the IRS adopted a new self-certification procedure. If a taxpayer self-certifies that one or more waiver criteria are met, the taxpayer may report the contribution as a valid rollover.

Taxpayers can self-certify if one or more of the following circumstances applies:

The IRS has provided a sample self-certification letter that a taxpayer can use to notify the administrator or trustee of the retirement plan or IRA receiving the rollover that they qualify for the waiver. The taxpayer sends a letter to the financial institution checking a box to show why the taxpayer believes a waiver is appropriate. The taxpayer can report the transaction as a rollover.

Factors Relevant to a Waiver

The IRS has a long history of issuing private letter rulings on hardship waivers.

Private letter rulings do not bind the IRS as to how it would rule for other taxpayers. But reading them gives a strong sense of what factors that sway the IRS’s thinking.

Examples of Nonuse of Funds

It is important that during the period between the distribution and the desired rollover, the IRA owner parked the funds and did not use them for other purposes. Otherwise it will look like the owner is just trying to game the system. Consider the following examples where the IRS refused to issue a waiver. Examples:

Items on the self-certification list cover the common situations that earn a taxpayer a waiver in private letter ruling. But there are a few additional categories found in the rules.

Taxpayers can normally obtain a waiver where an employer plan distributes a lump sum to the participant or participant’s spouse, and fails to notify the recipient of the right to roll over the amount into an IRA to avoid tax. However, in the IRA-to-IRA rollover context, the IRS ruled against IRA owners who blamed their IRA institutions for failing to inform them of their rollover rights where the owners withdrew amounts in search of a better return on their investments.

The IRS issued a waiver where a financial advisor transferred the taxpayer’s IRA rollover amounts directly into an investment fund rather than into the taxpayer’s self-directed IRA, which would then invest in the fund.

Funds not received by taxpayer

The IRS granted a waiver of the 60-day rollover period to a taxpayer who failed to pay the maintenance fee on his IRA (assuming that the bank would deduct the fee from his account) resulting in the bank closing his IRA account and sending him a Form 1099-R, indicating that the entire amount of his IRA had been distributed to him. The IRS agreed that there was no actual distribution of assets since the funds in the bank were never sent to the individual, and therefore allowed the taxpayer roll over the funds back into the original IRA.

Similarly, the IRS privately ruled that a waiver was unnecessary where the taxpayer did not receive the distribution check sent to him by his employer. The employer reissued a second check several months later which the taxpayer did receive, and the taxpayer then rolled over the amount to his IRA well within 60 days of receipt of the reissued check.

Serious illnesses and long-term cognitive impairments are often grounds for a waiver, as long as they are well documented. For example, the IRS waived the 60-day period where the owner was diagnosed with an extremely aggressive malignancy, the owner immediately began medical treatments, and documentation was provided to the IRS. It is always important to provide documentation to the IRS to support the request for a letter ruling, including medical records or a doctor’s letter where appropriate. Note too that a spouse’s health problems can count if the IRA owner must care for the spouse.

Depression is a reason to waive the deadline. The IRS granted a waiver to a couple who were unable to make financial decisions due to their medical and mental states.

Similarly, an IRA owner who was on medication for dementia, and suffered minor strokes before the distribution obtained relief. He submitted dated progress notes by his doctor confirming his decline prior to the expiration of the rollover period.

Although advanced age in itself might help support an application for a waiver, the IRS does not go on record as handing out waivers simply for that reason. For example, IRS denied a waiver request where it took the view that an older taxpayer merely misunderstood the rollover rules. Similarly, the IRS ruled against an owner who mistakenly thought his savings account was his retirement account.

Self-Certification of Rollover: The Easier Route?

Taxpayers continue to seek letter rulings for hardship waivers for missing the 60-day rollover deadlines. However, if the facts are clear, self-certification is an easier process those taxpayers should consider.