The Setting Every Community Up for Retirement Enhancement (SECURE) Act requires 401(k) and other account-based plans to disclose the lifetime income stream employees can expect at retirement. Most employees under save, so this information should be a wake-up call for them. More diligent savers can learn if they are on the right track. 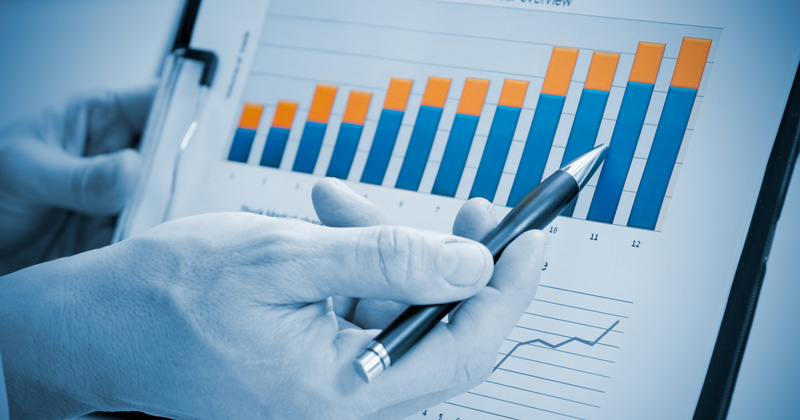 This new requirement stems from a concern that employees have no idea how much income their 401(k) account will pay when they retire. This situation is in stark contrast to earlier decades when most retirees could count on employer defined benefit pension plans. Mandated lifetime income stream disclosure, it is hoped, will give employees a better sense of where they stand.

Employers have traditionally resisted giving estimates of future income. Numbers that appear hard and precise would have to be based on so many “reasonable assumptions” they would be ballpark guesses at best. More to the point, employers do not want to be sued if their estimates do not come to pass.

The SECURE Act addresses employers’ concern by insulating plans, fiduciaries, and sponsors from liability if they follow the Department of Labor (DOL) guidance. The DOL has until December 20, 2021, to issue its guidance in the form of regulations and a model notice. Plans must comply within a year after the DOL issues this guidance. If the DOL takes that long, the first income disclosure will not have to be made until December 20, 2022.

ERISA has long required account-based retirement plans to provide employees with statements showing accrued benefits in the form of account balances (ERISA Sec. 105). The employer must provide this statement at least annually. The requirement is every three months for employees who can decide how to invest their balance.

Under the SECURE Act amendments, a 401(k) plan must also provide a “lifetime income stream equivalent to the total benefits accrued” (ERISA Sec. 105, as amended by the SECURE Act). This information is in the form of equal monthly payments for the rest of the employee’s life. This rule holds even if the employee has no intention of ever converting the balance to a lifetime annuity.

The statement must include two-lifetime payment amounts. One in the form of a qualified joint and survivor annuity based on a spouse of the same age, and the other based on a single-life annuity.

So What Exactly Does “Lifetime Income Stream Equivalent” Mean?

The SECURE Act language seems to give wide latitude to the DOL in devising its guidance. To get a sense of what this might mean in practice, it is helpful to keep in mind that the DOL has been down this road before.

In 2013, the DOL issued an Advanced Notice of Proposed Rulemaking (RIN 1210-AB20). The DOL set out it’s thinking on what a lifetime income stream disclosure would look like if it used its regulatory authority to require it.  The Advance Notice asked for industry input.  The DOL never did issue proposed regulations on this topic.

When Pension Plans Were Pretty Great

The DOL was concerned about the transition away from defined benefit plans. These are what most people think of as a pension plan: monthly payments of a fixed dollar amount for the rest of the employee’s life. A certain percentage of the payments would continue for a surviving spouse for the rest of the spouse’s life.

One virtue of defined benefit plans is they are easy for employees to understand. Typically, the size of the monthly payments in retirement depends on:

Basing the pension payments on the employee’s years of service and pay in the years just prior to retirement means that:

Employers had to assume the risk that there would be enough money to make these future payments. Many larger employers believed the risk was worth it, however.

Defined benefit pensions would help employers keep their large and well-trained workforces. These were real assets for diversified corporations during an era of full employment. Guaranteed pension payments tied to years of service were a strong incentive for employees to stay with their employer. Employees who were unhappy would have to think long and hard before leaving for a different employer.

For some time now, many employers have come to view a large and stable workforce as a liability rather than an asset. Better to contract out and focus on the firm’s core function. Corporate value for investors tends to go up when headcount goes down. Legacy defined benefit plans mostly covering older workers have come to be seen as unsustainable burdens.

Congress added Code Sec. 401(k) in 1978. Starting in 1980, employers with “qualified” retirement plans (primarily traditional pension plans) could add a “cash or deferral arrangement.” This arrangement would allow employees to fund supplemental savings. This savings would complement regular monthly retirement payments from their pension plan and from Social Security.

Forty years later, this is the only kind of employer plan for most employees. Employers may kick in a few percent of an employee’s annual wages as well, but the vast bulk of serious retirement savings come out of an employee’s paycheck. It is up to the employee to make sure there is enough in the account by retirement to provide decent retirement income.

That brings us back to the DOL’s 2013 Advanced Notice. The major question on which the DOL sought feedback was whether the future income stream should be based solely on the employee’s current account balance, or on a projected account balance that assumes future contributions. Here is how the DOL set out the methods.

A strong point for this approach is that it is simple—the only assumption is that the employee makes it to the planned retirement age with the current balance. No need to worry about estimated rates of return, future conversion rates, or inflation.

This method can be a wake-up call. Someone might think a significant balance would result in significant retirement income at retirements. In the above example, however, the employee will clearly have to save a lot more. The main problem with this method is it does not indicate how much more the employee has to save.

Projected account balance method. The projected method is far more complicated. Starting with the $125,000 actual current balance, the plan assumes the employee will keep contributing at the current amount with a three-percent annual increase to account for increased pay (much of which may be due to inflation). The assumed rate of return on the balance is seven percent.

The strength of this approach is that it addresses whether the employee is on the right track. The employee can fine-tune contributions to get a better result. Indeed, this is how many online retirement calculators are set up. The weakness is that it provides precise numbers for what is at best a ballpark estimate.

Disclosure of estimated lifetime income should help 401(k) participants plan for retirement. True, these estimates might be misleadingly precise given all the assumptions about the future they include. But a prediction based on reasonable assumptions is better than a hope based on an intuition. Financial advisers should welcome these as an entry point for an important conversation with their clients.