An overlooked SECURE Act change is that businesses can adopt new qualified plans and make deductible contributions after the close of the tax year. They must act before the due date for filing the employer’s return (including extensions). That means for solo 401(k) plans, individuals can adopt a plan and make contributions by May 17, 2021, for the 2020 tax year. They can extend this deadline further out if they obtain an extension.

A business must adopt a qualified plan by the end of its tax year in order for a contribution to be deductible for that tax year. Qualified plans include pension plans, profit-sharing plans, stock bonus plans, annuity plans, and qualified cash or deferral plans (otherwise known as 401(k) plans).

Employers that lack a plan but want to make a contribution for the previous year can adopt a Simplified Employee Pension (SEP).  An employer can set one up as late as the due date for the employer’s return (including extensions) for the tax year. Although SEPs and defined contribution qualified plan contributions are generally subject to the same limits, SEPs do not have a cash or deferral option, which is a significant disadvantage.

Effective for plan years beginning after December 31, 2019, a business that adopts a qualified plan after the close of a tax year, but before the due date for filing its return for the tax year (including extensions) may treat the plan as having been adopted as of the last day of the tax year (Code Sec. 401(b)(2)). 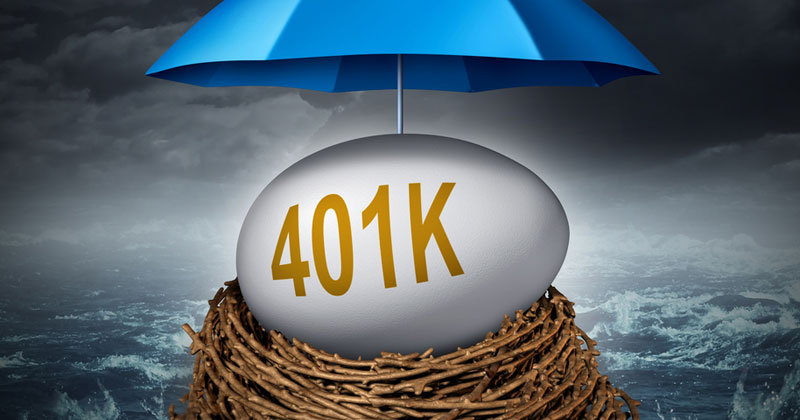 A solo 401(k) plan is a one-participant traditional 401(k) plan covering a business owner with no employees. These plans have the same rules and requirements (for the most part) as any other 401(k) plan. They can include the owner’s spouse, or partners and their spouses.

A one-participant plan is a plan that, on the first day of the plan year:

The business owner is both employer and employee in a 401(k) plan, and contributions can be made to the plan in both capacities. The owner can contribute both:

Elective deferrals are treated as ordinary compensation for deduction purposes and so they expand the employer’s retirement contribution deduction limit (25 percent of compensation or 20 percent of earned income), while not using up the limit. That means that an individual who adds a solo 401(k) feature to a profit-sharing or money purchase plan can contribute significantly more.

Solo-401(k)s make a lot of sense in comparison to a SEP, especially when it comes to maximizing contributions. One of the few advantages of a SEP has been that it could be adopted and contributions could be made after the end of the tax year. That is no longer the case.